It is 4:30pm. With about 15kg of photo equipment I enter the club in Augsburg, Germany, where Kebu will play a concert today. Kebu just realized that one of his synthesizers stopped working, so he was very busy trying to fix the problem. Hence I let him alone after a short salutation and began to unpack my stuff, prepare, inspect the location. Kebu booked me for a promo shoot today, and additionally I offered him to create panorama images of his synthesizer rig. I had something quite freaky in the back of my mind….

Sebastian “Kebu” Teir is a Finnish musician who plays his music on Synthesizers. Mainly on analogue synthesizers, bringing back the typical 80s and 90s electro sound with own compositions and with cover versions of well-known songs of that time. Besides publishing his music on CD and Vinyl, he also plays live a lot and enjoys his audience with great music, humor and closeness to the audience. On his tour through Europe in April 2017 I met him in Augsburg, Germany. There we started a project, that seems to be quite unique so far:

Kebu Interactive. A “Synthesizer Playground” for Kebu fans and fans of electronic music in general.
(This is just a small preview without sound. –> Click here to get the full experience! <–)

In three scenes, backed by three great songs of Kebu, you can see panorama shots of Kebu’s synthesizer rig on the stage from the exact point of view that Kebu has when he plays the synthesizers. Due to the high image resolution you can see every detail of the instruments, even Kebu’s handwritten notes on the knobs of his synthesizers and some fingerprints on the keys.

Additionally, Kebu provided solo tracks of each Synthesizer for each of the three songs of the scenes. I have included the solo tracks into the playground in an interactive way so that a click on a synthesizer triggers the music to be temporarily replaced by the solo track of that synthesizer fitting the currently played music track, giving you the impression that you play that synthesizer’s part of the song. Try it! You will feel almost like Kebu himself!

Each 360° scene is assembled from 32 individual photos with 42 Megapixel each. Considering the overlapping that’s necessary for successful image stitching, this results in an overall resolution of 670 Megapixel per spherical scene. That allows for showing a lot of details when zooming in! The colorful stage lights were a challenge, as such light often leads to color specific and local overexposure in the big image, while other parts of the image are very underexposed. Together with Kebu’s light engineer we found the best three different light setups that allowed for impressive but well exposed scene images.

Kebu’s songs “Perplexagon Part 2”, “To Jupiter and Back” and “Le Carneval des Étoiles” build the musical background for the three scenes. And these are also the songs that the visitor can “play” virtually by interactive triggering of their solo tracks.

The playground is also VR-capable (Virtual Reality). With a VR headset the visitor can entirely dive into the scenes, visually feeling like Kebu even more than on the PC. However, the interactive actions are not available in the VR version unfortunately. So for example, the synthesizers cannot be “played” in VR. So better use a computer with good screen and sound!

There are more interactive elements placed in the scenes. A few videos can be watched, photos can be seen that have been shot around the Augsburg concert, as well as there are links to more information.

The screenshots and Making-Of images show how the playground was made.

The gear and software that was used:

Based on my idea, Roland produced, again together with Kebu, a similar virtual keyboard rig for their online marketing:
https://www.roland.com/uk/promos/keyboard_rigs/virtual-keyboard-rig/

Reports about the Playground in the press:

Click here to see a few of my other impressive virtual tours! 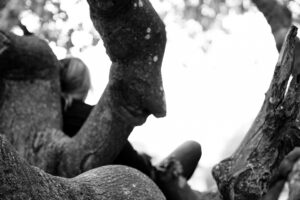 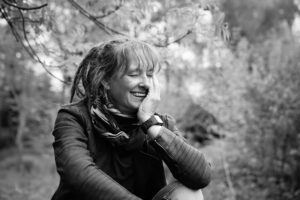 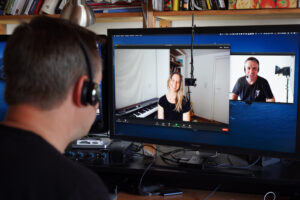 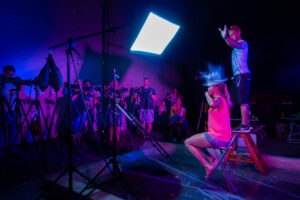